Self Promotion: Learn From the Original Master!

Self Promotion: Learn From the Original Master! 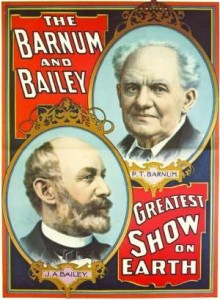 P.T, Barnum was a master at self promotion.

Phineas Taylor (P.T.) Barnum was one of America’s greatest entrepreneurs.

His strategies might be exactly what you need to grow your business.

Barnum invented many marketing methods that modern business schools continue to study his techniques. He was one of the first adopters of many aspects of marketing which are widely known today.  Here are just a few highlights: