Thought For The Day… Zig Ziglar on Attitude!

Thought For The Day… Zig Ziglar on Attitude!

Years ago, Zig Ziglar declared, “It is your attitude, more than your aptitude, that will determine your altitude.”

When Ziglar said that, a lot of people saw it as a catchy phrase or a bit of fluff from a mere “motivational speaker.” After all, Zig was a salesman. What did he know?

Apparently quite a bit.

1. The Power of a Positive Attitude

The latest research proves he was right. In fact, attitude is a better predictor of success than IQ, grade point average, or almost any other factor you can think of. Dr. Martin Seligman proved that in his monumental, ground-breaking book, Learned Optimism. He found that negative people get sick more often, are divorced more frequently, and raise kids who get in more trouble.

Even more amazing, over 70% of those millionaires never went to college. And over 70% of those who became CEO’s graduated in the bottom half of their class. Seligman concluded that it was their attitude, more than their aptitude, which determined their altitude. 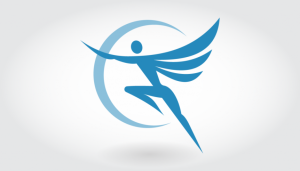